If we don’t gain insight into these two important questions, we can eventually damage our relationships. And we sure don’t want that to happen! 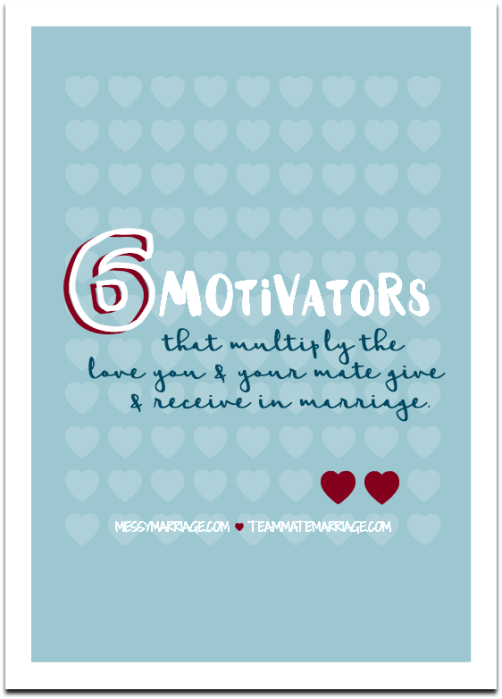 Before I dive in, I want to share how this has worked and “not worked” in my own marriage. So allow me to share my love languages, as well as my hubby’s (who gave me permission to share his!) …

A friend of mine asked me on Facebook last week …

Do our LL’s change over time?

I think so. But I say this acknowledging that I’m not a love language expert. So I will answer this based out of my own experiences in and observations from my own marriage.

1. Seasons of Pursuit and Romance

As you can see from my scores, “physical touch” ranks rather low in priority to me now. But I remember back to when I was dating my (then boyfriend, now) hubby Gary, and realize that I desired physical touch much more in those early days.

I wanted the reassurance that he was attracted to me. And one surefire way for me to know this was through his displays of affection. Once we were married and I was secure in his love, I slowly reverted to a more comfortable and familiar approach that involved giving less affection, as well as being okay with receiving less too.

Where our love languages got their start …

My preference or priority regarding physical touch is probably rooted in my upbringing, because my parents did not show a lot of affection to me or with each other. However, my husband, Gary, grew up in a home with lots of affection being shown to him, though not so much between his parents.

Perhaps he felt this disparity, which only increased his desire for affection and physical touch all the more. Especially since his parents eventually divorced. He might’ve come to equate a lack of physical touch with a strained marriage—eventually signaling an impending divorce. But as for me and my upbringing, no such correlation was ever made.

2. Seasons of Challenge and Depletion

During our child-bearing and rearing years, we had less time, energy and opportunity for physical touch. I even had days when I felt PTO—Physical Touch Overload! As much as I loved to cuddle, hug and kiss my kiddos, I typically could only offer so much in one day. And by the end of a day like that, heaven forbid my husband would come to me and expect to be given any kind of physical touch or affection! I wanted to tell him, “Go to the end of line!” 😉

3. Seasons of Reconnection and Singular Focus

Now that we’re in the early days of an empty-nest, we’re finding more time, energy and motivation to show affection. Why, yes! There actually is light at the end of the tunnel! But I have to admit that I’m still a work-in-progress! Especially when Gary wants to cuddle in bed and I’m aglow with my latest smoldering hot-flash! Being called “hot” these days has taken on a whole new and not-so-flattering meaning to me!

When Love Languages Conflict or Are Lacking …

1. They feed into each other.

During those days when I was not inclined to show affection to Gary, it not only hurt his feelings, but it also hurt our marriage and sense of closeness. I don’t know which one came first, the arguments and bitter divide that were a hallmark of our messiest marriage years, OR the lack of affection.

They certainly fed into each other, since I didn’t like coming near Gary during or soon after an argument or critical comment. And because I wasn’t showing Gary the affection and physical touch he desired and needed, he began to feel insecure, neglected and frustrated, which only fueled more critical comments and arguments!

Even though we weren’t physically touching each other, we sure were “cheek-to-cheek” in a toxic tango! 😦

Just because Gary and I both value “Words of Affirmation,” that doesn’t mean we were or are good at giving this to each other. In those messiest marriage years, the lack of physical touch took its toll on our ability and desire to speak words of affirmation to each other. In fact, we probably went in the opposite direction at one point, speaking more words of criticism than words of affirmation—only furthering the divide.

Now, we’re much better at affirming one another. But our progress has been slowed a bit by the damage control we’ve had to do, in addition to upping our game. Learn from our mistakes, friends!

3. They side-track you from truly understanding your mate.

How dare he ask for a hug, when he’s been nothing but critical of me all day! 😉

However, I was missing the reality that he was running on empty, just like I was. Someone had to start moving toward the other with love and grace in hand. Thankfully, with God’s help, we were able to recognize this and make this “critical” (pardon the pun!) move back toward each other. Though I will say that it wasn’t always both of us doing this at the same time. It takes being willing to step out toward our mates in faith as much as love.

[bctt tweet=”Truly loving our mates takes being willing to step out toward them in ‘faith’ as much as love. #lovetakesfaith” username=”BethSteffaniak”]

1. It strengthens your ability to love.

Every time you and I choose to show love in the form of our spouse’s love languages, we exercise and, therefore, strengthen that ability. The more we choose to exercise or “speak” this into our mate’s lives, it’s like we become more fluent in their LL as well. Parlez-vous langage amoureux? Ooh la la!

2. It enhances your mate’s, as well as your own feelings of love.

Whenever I’m willing to stretch out of my comfort zone and show Gary the physical touch he craves, then not only am I enhancing his feeling of being loved, I’m also deepening my love for him.

If this is a challenge for you, consider praying this verse for your mate and marriage …

“May the Lord make your love increase and overflow for each other and for everyone else …” ~1 Thes. 3:12

3. It demonstrates Christ-like love to your mate and others.

Since God IS Love personified, we are never more like Him, than when we love our mates. And I’m not talking about loving when our mate’s are lovely or love-worthy, but when they are most definitely NOT!

That’s when God’s love is shown most clearly—extending love when we’re not loved back!

“By this everyone will know that you are my disciples, if you love one another.” ~John 13:35

4. It strengthens and enriches your marriage.

Naturally, the more we speak our mate’s love language and make intentional choices to love, especially when it’s hard and unjust, the more we strengthen the bond and trust in marriage. It draws our mates to us like a magnet to metal!

5. It offers an inspiring example to your children.

If none of the other motivators get you moving on this effort to love, then perhaps this one will! We all want our kids to learn how to love well, especially once they grow up and become mates in their own marriages. #spousesintraining

6. It covers over the sins we commit against each other.

Last, but certainly not least, choosing to love our mates can perform a miracle—it covers our mate’s sins, as well as our sins against our mates.

“Above all, love each other deeply, because love covers over a multitude of sins.” ~1 Peter 4:8

Don’t believe me? Then I hope you’ll give this a try for at least 21 days to see if your marriage starts to feel more loving. If nothing else, it will make you a more loving person! And who doesn’t want that?

If you don’t know how to speak your mate’s love language, then have I got a post for you! Just last week I wrote on the 75 Ways to Speak Your Mate’s Love Language, so click on the link to find a link for taking the LL test, as well as all sorts of ideas for improving your fluency in the language of love!

Which of the motivators is most compelling and important to you?

What other motivators for speaking your mate’s love language can you add?

One response to “6 Motivators for Improving Your Love Language Deficit”